After my super positive year-end post, I guess it was inevitable that 2019 would start out terribly, right?

A couple of days before I headed to Temecula, California, for my first assignment of the year, Oh So started to seem not like himself. I had only been able to hack because of snow, and he just seemed pretty slow. I actually had to kick him along, which is not like him.

I decided to call the vet on the day I left for California because he was sitting listlessly in the stall, and he ended up having a fever and couldn’t lower his head and neck, which was quite scary.

Since I had to get on a plane, we decided to treat him with Banamine and doxycycline because the vet could only assume tick fever. I found that to be a little strange considering it was January, but she said they see spikes in it this time of year. There have been a few horses in the barn who’ve had vague symptoms like his, and that seems to be the go-to diagnosis, but I wasn’t going to accept that as an answer.

He didn’t get any better while I was gone, so I decided to take him to his regular vet at Morven on Tuesday when I got back. No fever, but still wouldn’t put his head and neck down. He hadn’t lost his appetite, which was good though.

Her first inclination was to X-ray the neck, so we did, and discovered “moderate to severe” arthritis in his neck near the withers, but nothing broken. I guess I’m glad I know that now so we can treat him, but he’s certainly never shown my any signs of pain in that area.

Next we ultrasounded his chest to rule out pneumonia since he did have some minor nasal discharge, but only when eating.

His lungs were good, and the vet was about to send me home with more doxy, but I just refused to believe that neck arthritis would suddenly cause him to not be able to lower his head.

Thankfully our regular lameness vet who knows him from over the years came in to consult on the neck X-rays and started palpating his jaw area. He was quite sensitive near his glands, so we did a scope and saw that his gutteral pouches were swollen and had mucus on them.

There was worry that it could be strangles due to the clinical signs, but he’s been vaccinated so the likelihood was low. They sent a sample off for a culture, which came back negative a couple of days later, but it took more than a week for the other one to come back and determine if we needed to change antibiotics, which was extremely frustrating, since I saw no improvement in his attitude or ability to lower his head.

We got the results back last Tuesday and decided to switch to SMZs, and now we’re still waiting for improvement. I cannot believe this has been dragging on for nearly three weeks with little to no improvement. He’s unable to put his head down to graze, and I haven’t been able to ride. I’ve not been given a name for the condition other than an infection of the gutteral pouches due to two kinds of bacteria, one that responded to doxy on the culture and one that responded to SMZs.

I’m more than $2000 in right now, and he’s going to have to go back for another scope at some point, and then maybe we can start thinking about injecting the neck and probably the SI joint as I’d expected for his yearly checkup in March.

This has been a complete nightmare. I know it’s only been three weeks, but it feels like an eternity.

To add to that, no sooner had I been at the show in California on Friday for an hour when my parents called and told me Toppers was choking and nothing could be done. They made the decision to euthanize him at age 28. He’d had a choking episode in December that required a trip to the clinic to unblock, and after that, we were told he would be at risk for another episode due to possible scar tissue on the esophagus and his lack of a few teeth that had been removed earlier last year. I thought we had a pretty good handle on it by changing up the way we fed him, but it wasn’t enough.

We’ve had Toppers since I was 11. 21 years. I can’t remember a time in my life when he wasn’t there, and now he’s not, and I wasn’t able to say goodbye. It was just not the way I wanted to start out 2019, and wasn’t expected so soon after having to put Sam down last year.

So, needless to say, it’s been a bit of a depressing month so far. I’m headed to Florida on Thursday for work, but I’m feeling a little nervous leaving Oh So while he’s still not right. He turns 19 tomorrow, and this is not how I envisioned his birthday celebration. 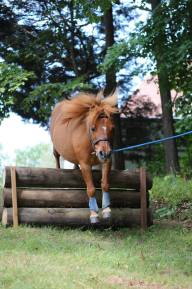 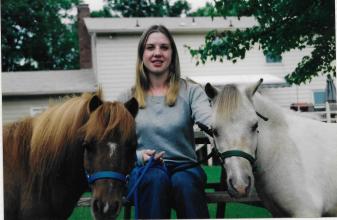