About 10 days ago I decided to get back on Oh So, and so far it’s been going better than I expected. The surgeon didn’t exactly say no, he just wanted me walking 100% first and asked if I could wait until the end of August. I stifled a laugh. If I wait any longer I won’t be able to get to any shows this season, so the sooner I can start the better!

I’d say I’m about 85% back to normal and I just tend to get stiff walking if I’ve been sitting. My range of motion and strength is not quite there yet, but I feel fairly normal when walking once I’m loosened up. Going down stairs is a bit of a challenge, mostly due to calf pain and some pain/stiffness on the inside of my right foot, and that’s been manifesting itself when I ride too.

There were no fireworks or fanfare on the day I got on. In fact, no one was around but the barn owner’s son, who was working on his car. But at about 12 weeks since my accident I wanted to at least try to get on and see what happened. 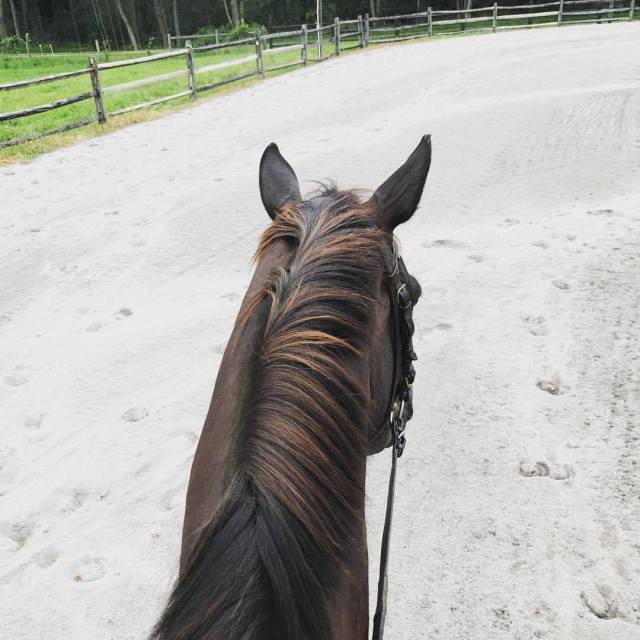 I created a custom mounting block by putting the three-step block against an overturned Rubbermaid water trough, and climbed up. I should preface by saying I started lunging Oh So about 10 days before just to get him going and see how he felt. I’ve avoided longing him over the years because of his tendon issues, so it took a few tries for him to remember to stay out on the circle, but he got it pretty quickly and even wanted to play a little in canter, which was hilarious.

I longed him the day I got on just to be safe, and the climbed aboard. He pretty much felt like nothing had changed!

Over the last two weeks I’ve played around with warming up without stirrups, then taking them up, doing some posting trot, doing some canter, taking a break and dropping them, then repeating.

I’ve felt some mild pain, more like discomfort, around the plates and on the inside of my right foot, which has been giving me trouble going down stairs. Overall though, I think it’s just going to be building up endurance, mine and his.

I’m not really riding firmly with my lower leg due to discomfort and lack of strength, so I’m not able to help him in the downwards transitions as much as I’d like, but we’re getting there. Cantering is much better, and I’ve even done some trot poles.

It might be ambitious, but I feel like I’ll be ready to do a dressage show by mid-September. That’s my goal. I’d like to try jumping or at least riding in my jump saddle next week to see how I feel. If I could make it to a couple of events this fall I would be thrilled. 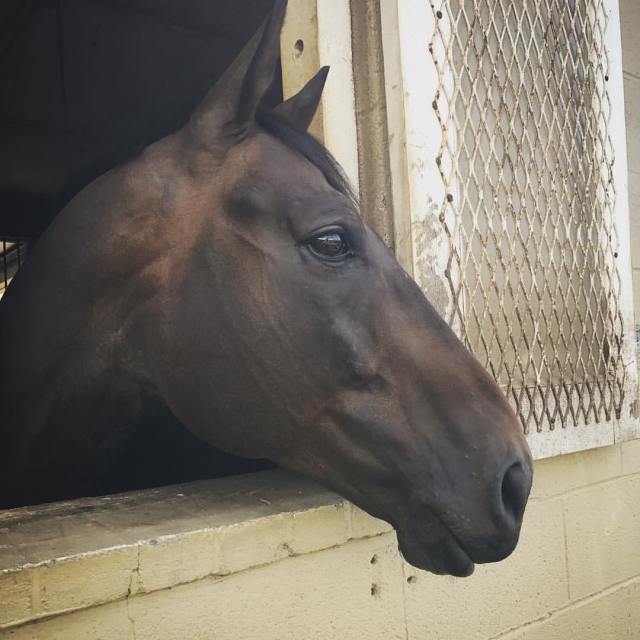 Thomas comes home tomorrow. I’ve been visiting him a few times a week and watching Dusty ride him. I finally got to see him off property this weekend at Morningside, and he definitely seemed to go better there. He still needs to look at jumps before he goes over, but once he gets the idea he’ll go. He popped up and down the bank a few times and went into the water no problem. Dusty and I discussed that he just needs to learn about where to put his feet or he gets worried. I sense a lot of gymnastics in his future.

Last week I tried a new farrier for him, and I thought he did a good job. It was a quiet, calm experience which is what he needs since he tends to get worried about things involving his feet.

My hope is to utilize some of the things Dusty’s been doing to get him used to things under him and around his feet. Unfortunately he had a minor mounting incident at Morningside where he backed up quickly, but didn’t take off. I’m sort of at a loss as to what to do. It seems so trivial that something like mounting could cause me to want to sell him, but it’s going to be on my mind for a while unfortunately. Even if it happens once out of 100 times, I now realize what could happen.

I suppose I’ll have to learn to ride that out if I want to keep him, but I just can’t afford to get injured again. He is so sweet on the ground and wants to try under saddle, but something upsets him during the mounting process. I will be riding alone the majority of the time, and it’s just scary to think about not having any help.

My friend Meghan will be riding him a bit while I continue to get stronger, so I’m hoping to use the extra time to bond and do some longing and ground work.

Money is extremely tight right now with medical bills and a lack of a roommate, but I hope to have a chiropractor out to look at his back and make sure there are no signs of something like kissing spine that could be contributing to the issue.

Otherwise it’s been a pretty quiet month, which I needed. I covered the Great Meadow International as my first assignment back and hobbled around, but it was nice to see all my friends again.

I fulfilled a bucket list event when I went to Montana for Rebecca Farm. It was pretty incredible. The jumps were works of art and the scenery and weather was to die for. It was a lot to cover NAJYRC and the FEI divisions, and it was all kind of a blur, but I did find an evening to go to Glacier National Park to take a breath.

While I only scratched the surface of what there is to see at the park, it only inspired me to go back again. Now I have a few more weekends before the fall season picks up again with the AEC, Plantation Field, Fair Hill and then my rescheduled vacation, which I desperately want to go on since I had to miss it because of my accident. 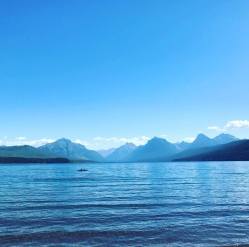