I’m back and recovered from a gorgeous weekend at Southern Pines I. We got to the Carolina Horse Park about 3pm on Friday and after unpacking, I took Oh So for a hack/flat school. He was a bit tense and settled a bit as we kept going, but I was hoping for a more “long and low” type ride, which I didn’t get.

On Saturday, he still seemed a bit tense, but I thought I had him going pretty well in the warmup. It was chaotic, with probably 25 horses in a huge warmup arena and six dressage rings going at once. Our test had some good moments I thought and was thinking it would score around a 35 because he did get tight after the free walk, which I still battle with every time I do this test. We ended up with a 39, which was not what I was expecting, to sit tied for 12th place. It was just a bit more competitive down there this time of year because I think a lot of people have been competing since January.

The cross-country course was fairly small, but the water was a good challenge. It was basically a miniature version of the prelim with a cabin, three strides to a bank into water and then a log out. When we had one minute to go in the box, they held the course to fix a footing problem there. That wasn’t fun to try to keep a handle on him! Apparently a lot of the horses weren’t reading the bank right because it didn’t really have a lip on the edge and there were a lot of falls and eliminations.

But Oh So tackled everything quite easily and most of the gallop fences felt more like speed bumps! We ended up staying tied with the same person after cross-country and I knew that since she was closer to the optimum time, if we stayed the same, she’d get the higher placing. Guess what? We both had a rail in show jumping and she ended up eighth with the last ribbon in the division, and I was ninth. Oh well, I needed to be moving along more across country anyways with eyes towards prelim, but it would have been nice to bring home a ribbon. 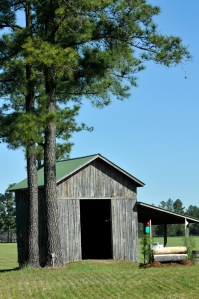 We had fence three down and I’m not quite sure why. He was really jumping over everything and just hit that one with his front foot. The course was quite hunter-y with long lines and no triple, but I was pleased with myself to get all of the strides in between and not add.

So overall a good pipe opener before prelim at the end of the month at Morven. We’re headed to a combined test at Loch Moy on the 25th where we’ll do some extra show jumping rounds to practice at that height.